Are you using Snapchat? Known for being a so-called “ephemeral” messaging app (because its main feature is disappearing messages, a.k.a., snaps), Snapchat has the youngest audience of any major messaging app. By far.

Yet many entrepreneurs don’t quite understand what Snapchat is all about. Or they simply don’t care.

After all, about half of all businesses don’t have any kind of social media presence, not even on the biggest social networks like Facebook, YouTube, LinkedIn, or Pinterest. So why would they bother to use a messaging app that has a somewhat steep learning curve?

Well, because you need to be wherever your customers are. If your goal is to connect with a younger audience, then Snapchat is a great place to do that.

Here are five things you need to know about Snapchat marketing for business.

Just how rapidly is Snapchat growing? Well, did you know that Snapchat is already bigger than Twitter. And it’s growing faster than Instagram?

It’s crazy but true. More than 150 million people use Snapchat every day. Compare that to Twitter, which has less than 140 million daily active users.

Over the next four years, it’s projected that Snapchat will add twice as many new users as Twitter and Pinterest. Also, a quarter of all U.S. mobile users will be on Snapchat by 2020.

But even that’s changing. In fact, 50 percent of new Snapchat users are older than 25.

Only about 5 percent of companies are on Snapchat. Part of that is because marketers don’t quite understand Snapchat. Plus it’s ridiculously hard to calculate an ROI for Snapchat marketing activities.

That’s also starting to change. Snapchat has been adding new features in an effort to attract more advertisers, including video ads and sponsored geofilters and lenses.

If you want to gain an advantage, now may be the time to act and add followers–before more brands adopt Snapchat.

In addition to loving Snapchat, users spend a ton of time using it.

The average Snapchat user spends between 25 and 30 minutes per day using the app. Pretty amazing, right?

Some things you can do: 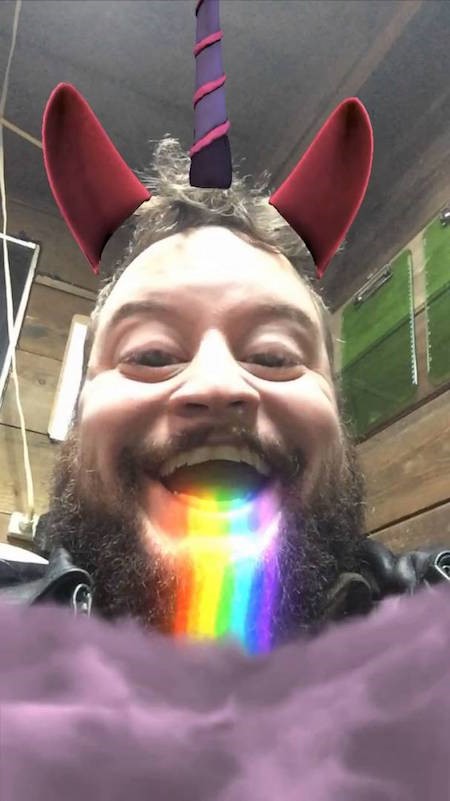 Plus they have a filter that turns you into a unicorn puking rainbows! How great is that?

5. Snapchat Isn’t Right For Everyone

If it’s mission critical for you to reach a younger audience, Snapchat is great. Go for it.

If not? Then for right now your time and money may be better spent on other social networks.

Check out this infographic from MDG Advertising, which shares more facts, figures, and tips about Snapchat marketing:

WHAT IF YOU COULD GENERATE 10X LEADS
WITHOUT FORMS?

Request a call to see it in action! Never miss a lead with form-free lead capture and automated marketing and sales outreach for every site visitor, social fan, and target prospect.